What are Descriptive Statistics?

This calculator generates descriptive statistics for a data set. Enter data values separated by commas or spaces. You can also copy and paste data from spreadsheets or text documents. See allowable data formats in the table below.

This calculator uses the formulas and methods below to find the statistical values listed.

The range of a data set is the difference between the minimum and maximum.

The mean of a data set is the sum of all of the data divided by the size. The mean is also known as the average.

The mode is the value or values that occur most frequently in the data set. A data set can have more than one mode, and it can also have no mode.

Variance measures dispersion of data from the mean. The formula for variance is the sum of squared differences from the mean divided by the size of the data set.

The midrange of a data set is the average of the minimum and maximum values.

The range from Q1 to Q3 is the interquartile range (IQR).

Potential outliers are values that lie above the Upper Fence or below the Lower Fence of the sample set.

The sum of squares is the sum of the squared differences between data values and the mean. 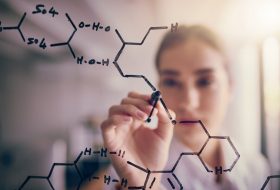